The numbers for April show the long-term unemployed group grew by another 200,000. Now, more than 6.7MM Americans, that’s the equivalent to the entire state of Washington (men, women, and children), have been jobless for more than 6 months. This population now accounts for 46% of all unemployed.

Also, if you’re wondering why the unemployment rate increased despite the fact that the number of people who found new jobs increased, a good explainer can be found here, at the WSJ blog.

I welcome your comments, both positive and negative. I especially want to hear your thoughts on improving this dashboard. In particular, I’m considering getting rid of and/or dramatically altering the bar chart on the left side of the dash showing the number of un/underemployed Americans. I think the scaling of the chart makes differences in the blue bars hard to pick up, I also don’t like the lack of context in the chart. Perhaps indexing it to 1 year ago might be better.

If you’d like to print out or save a copy of a beautiful, high-res, 11 x 17 pdf version of this dashboard, just click here. 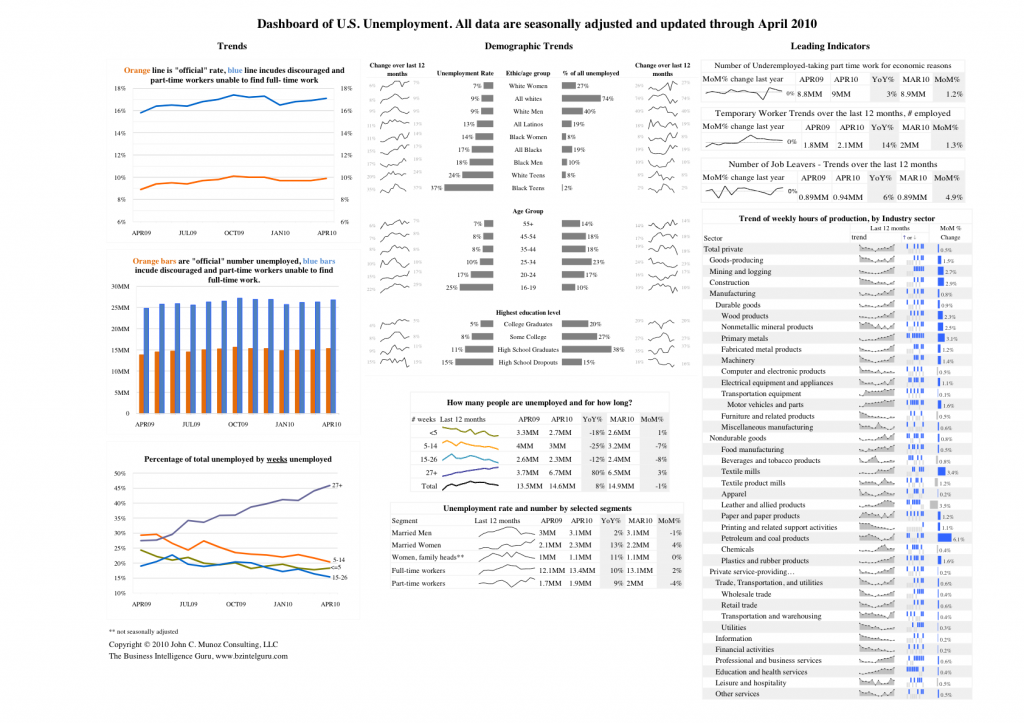 2 thoughts on “What everybody ought to know about unemployment in the U.S.”